Five-week-old portraits of the litter. 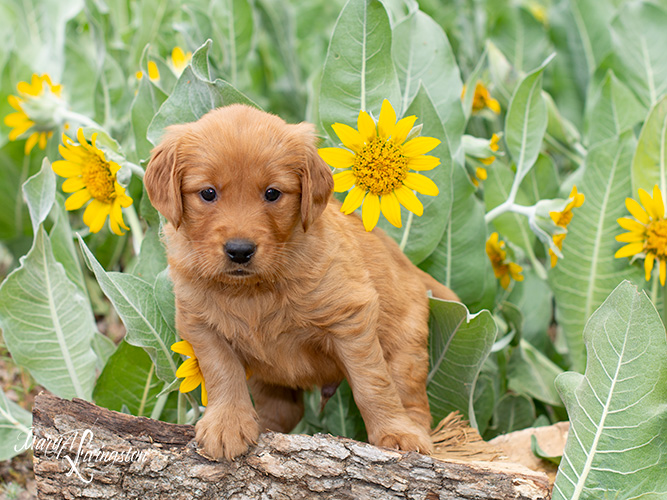 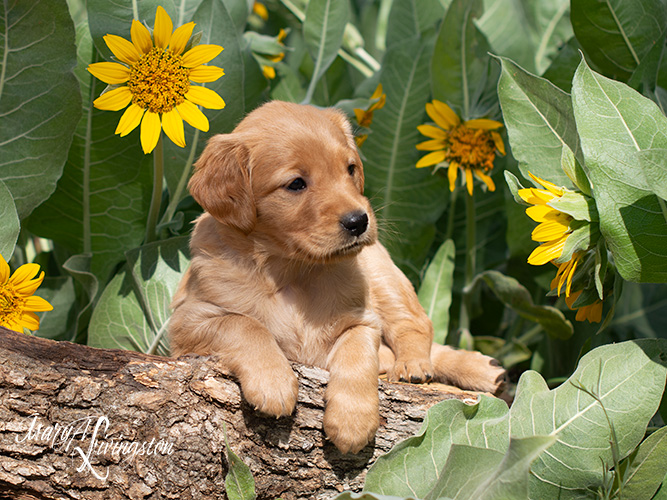 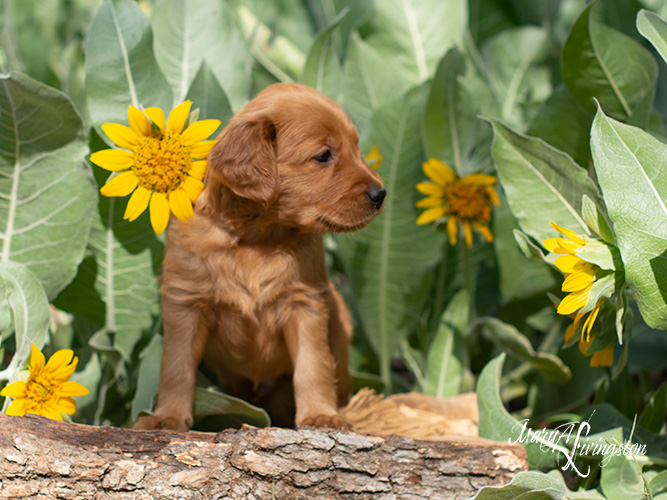 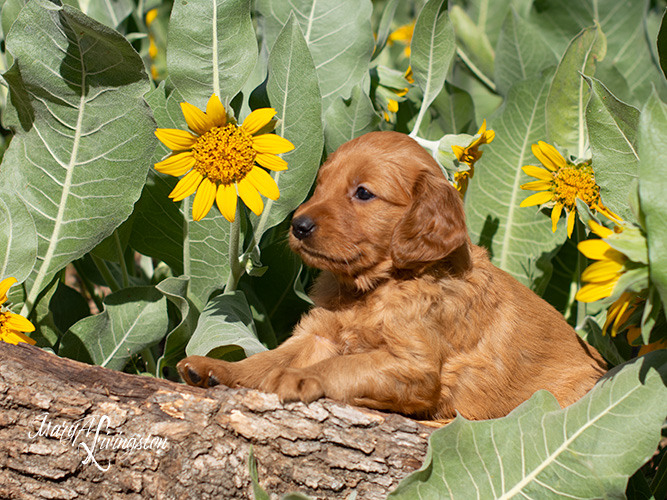 "Duke" male - Duke Ellington was one of the originators of big-band jazz and considered to be the greatest jazz composer of his time. 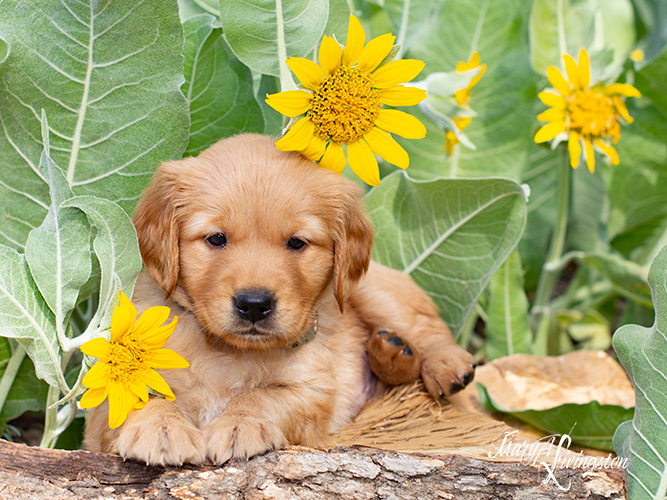 "Flapper" female - Flappers of the 1920s were young women known for their energetic freedom and lifestyle. 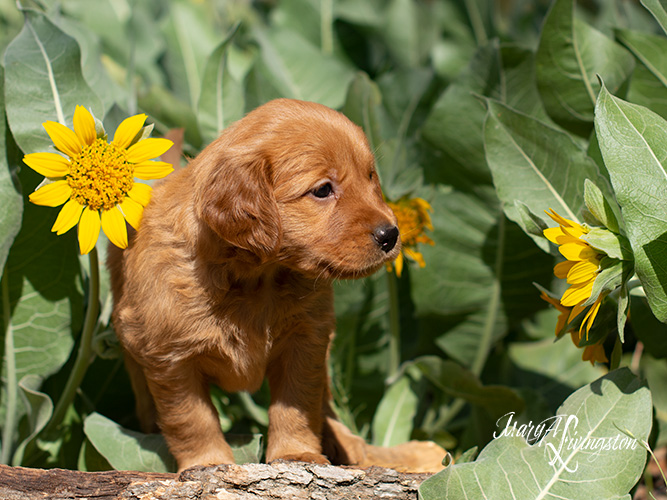 "Gatsby" male - THE GREAT GATSBY, a 1925 novel by American writer F. Scott Fitzgerald,
is set in the Jazz Age. 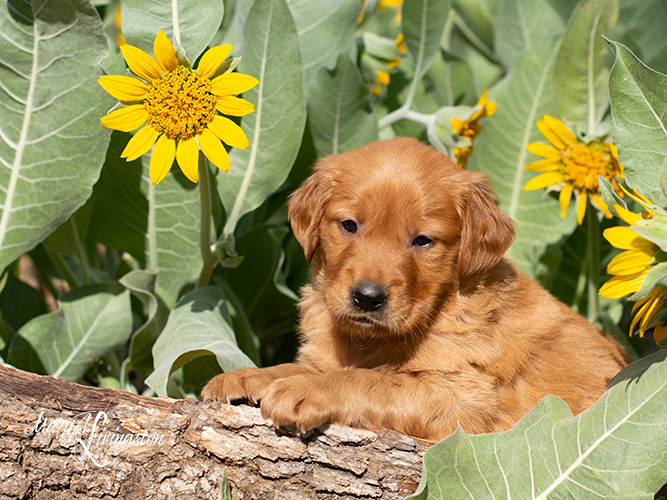 "Jazz" female - The Jazz Age took place in America during the 1920's. New styles of music and dance emerged during this time. 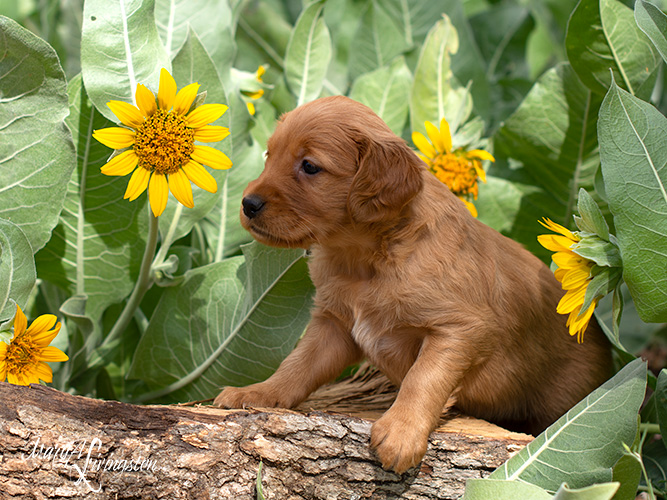 "Lindy" female - The lindy hop dance evolved with jazz and originated in the African-American communities of Harlem during the 1920s. 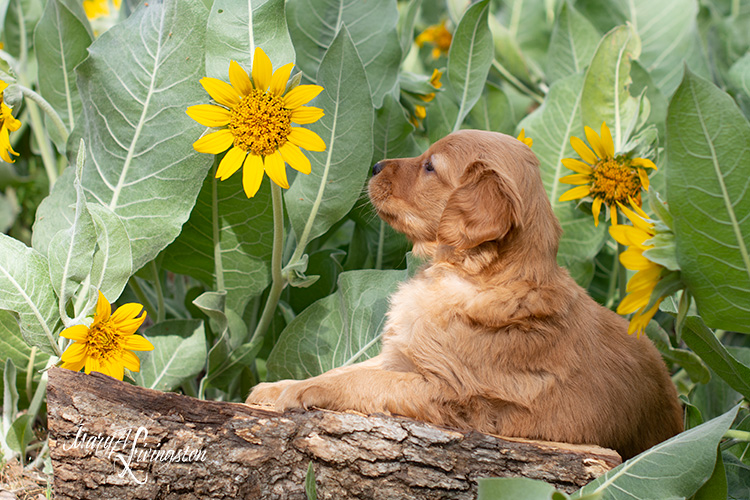 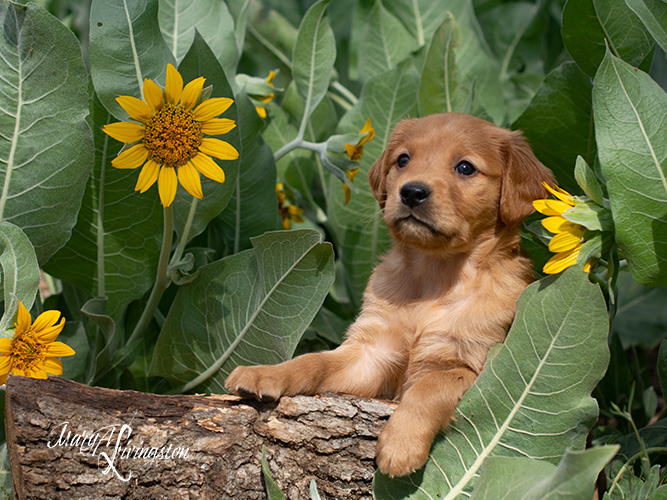 "Satchmo" male - Louis Armstrong, nicknamed "Satchmo", "Satch", and "Pops", is among the most influential figures in jazz. 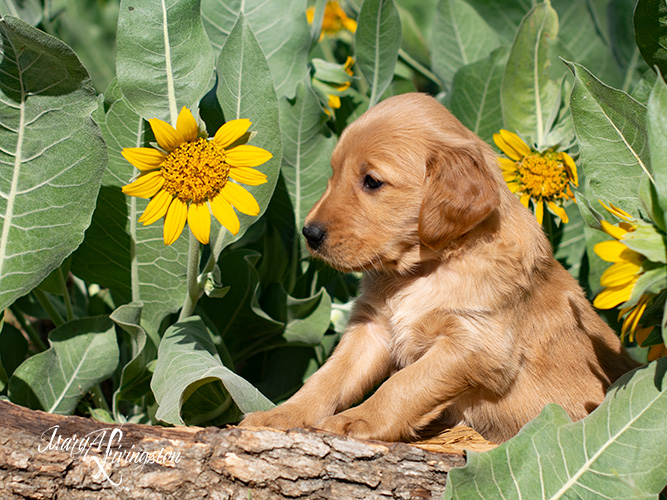 "Shine" male - Moonshine is a homemade high-proof spirit that was illegally distilled during prohibition. 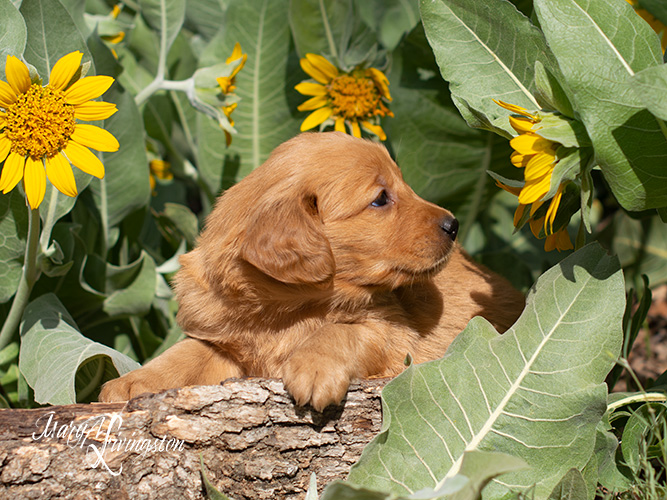